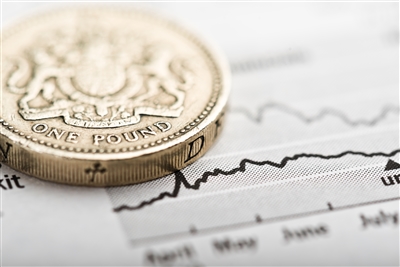 At the end of last year a pay award was handed out by the government, which promised to grant a pay rise for all teachers - 3.5 per cent increase for those on the main pay scale, 2 percent for those on the upper pay rate, and 1.5 percent for leadership teachers. The Country`s main teaching unions were extremely displeased with the proposal, and issued a joint statement rejecting the offer, complaining that, with rising living costs, and inflation at 2.4 per cent, the proposal actually amounted to a real term pay cut for 60 percent of teachers.

Some four months later, it seems that the majority of teachers haven`t even received their promised pay increase. A survey of 6900 teachers in England carried out by NASUWT, revealed the shameful information that 57 percent of teachers have yet to receive any rise to their salaries.

Chris Keates, the NASUWT general secretary expressed what must be the view of teachers across the country: `Teachers are rightly angry and frustrated at the seeming indifference of ministers to ensure they are recognised and rewarded fairly for the work they do.`

`It is yet another illustration of the reason why the education service is facing the worst teacher recruitment and retention crisis since World War Two.`

It pains me to have to say it, but as an ex teacher myself, hearing news reports like makes me glad I got out of the profession. It seems teachers are expected to be everything these days: social workers, councillors, child minders, and all this with an ever increasing amount of administrative work to complete. Many of my friends are in the profession, and most of them certainly exceed 70 hours of work a week. To hear that the majority of them haven`t yet received the promised pay rise, paltry as that may be, certainly is disappointing.

The survey revelled that 58 per cent of the teachers were `angry` or `really angry` about their pay - one only wonders what other adjectives were available - and also believed that they had been unfairly treated by the government. My wife works in the finance sector, and I`m certain that, if she had been guaranteed a pay rise in writing, she would have received it. The funds certainly seem to be in available to cover the pay rise - Â£187 million were pledged to cover 2018 through to 2019, along with another Â£321 million for 2019 through to 2020.

As most people know there is a huge recruitment crisis in the teaching profession. This is despite the fact that nearly half of all adults in the UK believe they would be a good teacher. A recent `Get into teaching campaign` put out by the government revealed the confidence the majority of the population have with the prospect of becoming a teacher. How then can there be such a recruitment crisis, given that so many of us believe we would be well suited for the role? The answer is down to stories like this one: hard working teachers being promised a measly pay rise, and then months later more than half of them not receiving it. How is that supposed to entice people into the profession? Over the last 20 years the workload of teachers has increased dramatically - in March last year a Department for Education research paper said that teachers are experiencing `unmanageable` levels of workload, and many senior leaders frequently described their role as `crisis` management.

The research also disclosed that `teachers said that their level of workload was only manageable because of the long hours that they worked.` As I commented earlier in this article, many of my teacher friends work in excess of 70 hours a week, marking and making lesson plans during weekends and holidays. We want to attract those who are best able to teach to the profession, not those who are best able to endure low pay, and a herculean workload. The future of our country is built on those who educate the next generation - if we continue to demand more and more from them, making their working conditions ever more pressurised, while denying them promises of any improvement to their financial remuneration, we are certainly building up problems for the future.