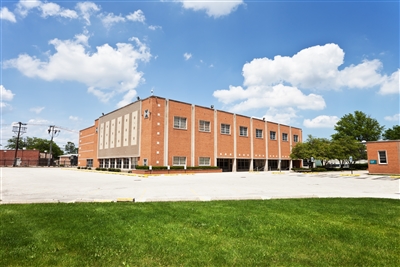 I was a teacher for more than 15 years, and certainly have many fond memories of my time in the profession. What I remember most strongly though are when things weren`t going so smoothly. Perhaps it`s a feature the human condition, that the memories of happy events all tend to blur together, but more unsettling incidents stand out starkly. I only realised when I sat down to write this article that my strongest recollections are the periods of blind panic, the fear all the teaching staff felt when we were expecting a visit from Ofsted. The headmaster would summon us all into his office, each already knowing, by the faltering tone of his voice and his pale pallor, that the inspectors had informed him of their intention to inspect the school.

I remember that we were always given two or three days notice - a grace period before Ofsted actually arrived. During these days we were all on overdrive: every aspect of the school was frantically attended to, with teachers doing their best to ensure all would be pristine and perfect by the time the people with their black folders arrived. I seem to remember we always did well, but the days before an inspection were hard ones indeed.

In recent years the notice period has shrunk rather drastically, with ofsted typically informing a school in the afternoon that they plan to visit them the following day. I can`t imagine the pressure that must put teachers under, and can well imagine many of them spend the night in their classrooms, in order to ensure everything is ready for the inspectors in the morning. I`m certainly grateful that we always had a few days to ensure everything was put in order.

There are rumours that ofsted are soon to shrink the notice period even further though, all the way down to a mere 150 minutes of warning time. That`s right, new plans indicate that a school will be contacted before 10am, and the inspectors will arrive sometime after 12:30am the very same day! If this had been the policy in some of the schools I worked in, the Headmaster wouldn`t have had to summon us into his office after receiving the red news, we could have deduced that `they` were coming by hearing his screams!

Quite understandably there have been a number of people who are strongly against these new proposals. Mary Bousted, the National Education Union joint general secretary has said that the short notice period will put teachers under too much pressure:

`Given the scale of change that Ofsted is proposing with its new framework I think it is only common courtesy for school leaders to be given at least 24 hours before visiting to give them time to prepare and collect their thoughts.`

Ofsted have said that, even though they will arrive just few hours after first notifying the school, the inspection will not actually begin until the following day. I suspect that this will offer little comfort to teaching staff, knowing that the inspectors are hardly likely to overlook any anomalies they see during the first day. Also the senior leaders of the school will probably be required to accompany the inspectors the moment they arrive, thus impeding them from preparing for the full inspection later.

Another issue of course is what happens if the headteacher is not present in the school the day the inspectors make their phonecall? The role of a headteacher is a complex and variegated one, and it is usual for them to working off site, perhaps meeting with members of the local council, or school governors at other locations during the week.

Mary Bousted raised this issue, stressing that headteachers need to be present during an inspection, and that more notice period needs to be given: `This comes back to the problems that Ofsted has had when it has tried to bring in no notice inspections. There is a logistical problem about whether headteachers will be there to speak to.`

`I think it also shows a lack of courtesy to school leaders who should be given time to prepare and collect their thoughts rather than getting a phone-call which says `We are coming to your school and you need to be ready to start talking about inspection`.`

Of course schools need to be regularly inspected by an independent organisation - the vast majority are funded with taxpayers money, and the general public have a right to know that standards are being maintained. There needs to be a fair balance though - the inspectorate must be aware of the huge amount of pressure teachers are already under, and it would be unfair to compound this with their every working day being a potential inspection day.